Says at end of video, that M1 and M2 are not growing quickly:

but in fact they are:

Read down to see who owns your stocks:

Aug. 3 (Bloomberg) -- U.S. lenders bailed out by the government are returning the favor by stepping up purchases of Treasuries, helping to temper a rise in borrowing costs.

Bank holdings of U.S. government securities are up 15.6 percent from a year ago, almost double the average annual growth rate of about 8 percent since the Federal Reserve began tracking the data in 1973, according to the Greenwich, Connecticut-based trading and research firm MKM Partners LP. Purchases may accelerate as lenders look for places to park rising deposits as sales of federal agency debt of companies such as Fannie Mae and corporate bonds slow...

Two-year notes have handed investors a return of 0.4 percent this year, compared with a 9.9 percent loss for holders of 10-year securities, Merrill Lynch indexes showed.

“The steep yield curve is good for net interest margins and will allow banks to recapitalize themselves over time as well as help the Treasury finance large increases of government spending,” said Darda of MKM.

...There are 97 days to go before confidence waning enters into the collapse phase.

When the dollar senses this its fall will be violent and quick.

“Once public confidence is destroyed, respect for government indeed collapses, hoarding of wealth takes place and a refusal to accept the currency on faith.”

“The threat we face is that the entire system must be looked at as a whole. Seeing California broke is the tip of the iceberg. As this contagion spreads from one state to the next because we have perhaps $50 to $100 trillions of unfunded promises not just Federally with Social Security, but in pensions to government workers. All of this has been based upon the presumption that someone will be there to buy the debt. What happens when that day does not come? How can we live indefinitely on credit card with no hope of long-term solutions for the politicians only care about their holding office? The future being someone else’s problem.”

“This is why we will see a rally in gold and stocks, but stocks must wait for the 31-month low from the 2007 high before we can see a rally of those assets to offset the risk of government debt.”...

So Armstrong is saying the stocks will make a new low by 31 months after July high, so sometime in 2010.

I agree we about 1 - 3 months until the waterfall down is in full motion again, with new low in 2010.

However, Jim thinks this will take gold higher, and I am thinking this deflation may take both PMs lower. However, we could have a repeat of end of 2007, where the metals first shoot to a blowoff peak (Fed must hyperinflate illogic) before people realize deflation and deleveraging is taking everything down, even metals.

So I can reconcile everything that Jim is saying, except for his $1650 gold. I think dollar will go up. But then again, no one knows when the confidence in the dollar will break, and when it does riots in USA. Thus I think not until 2012. I think Hyper-Deflation first.

If US$ is imploding

Question, if the US$ is imploding then shouldn't we see other currency's coming apart in 3rd world countries first like Zimbabwe or is it the stronger countries that will come crashing first?

Zimbabwe has been the world reserve currency?or any other for that matter. with the ever growing loss of confidence in and decline of the US economy the more the US$ erodes. the waiting game is being played to see if world economies can decline more first to help prop up the US$.

Fitts on the flu

This is big news!!

Here is the judge who ruled: 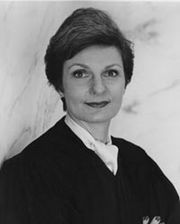 This is big news Shelby!!!


"The only bad news is that coming from the district court it is not binding precedent, but if The Fed attempts to appeal it and loses it will become so - and a quick perusal of the opinion shows little meat for The Fed to attempt an appeal upon."

Of course the Fed is going to buy time by appealing! They will find "the MEAT"... And they will create another 911 to keep the public looking in the other direction "nes pa"!

The last time someone tried to interfere with the FRB, "he/they" ended up in a coffin.

re: Stay Tuned for More

Another judge and another ruling!

Also 37% of the volume on the NYSE was 4 bankrupt companies:

...The jobless rate in the world's No. 2 economy (Japan) hit a seasonally adjusted 5.7 percent, the highest level in the post-World War II era and worsening from 5.4 percent in June, according to the Ministry of Internal Affairs and Communications. The previous record was 5.5 percent, last hit in April 2003.

The total number of jobless in July jumped 40.2 percent from a year earlier to 3.59 million. Those with employment fell 2.1 percent to 62.7 million.

The labor ministry also reported Friday that the ratio of job offers to job seekers in July fell to an all-time low of 0.42. That means there were 42 jobs available for every 100 job seekers...

Remember the point made in the following video was that Japan has a cultural social contract of 100% employment and the society will do anything to maintain it, so fascism likely result of this depression:

Courts rule Fed must be more open! BUT NOT YET!

RobRoy wrote: They will find "the MEAT"...

"NEW YORK (Reuters) - The U.S. Federal Reserve won a delay of a federal judge's order that it reveal the names of the banks that have participated in its emergency lending programs and the sums they received."

re: Courts rule Fed must be more open! BUT NOT YET!

RobRoy wrote: They will find "the MEAT"...

"NEW YORK (Reuters) - The U.S. Federal Reserve won a delay of a federal judge's order that it reveal the names of the banks that have participated in its emergency lending programs and the sums they received."

Looks like the audit could start several months after Barney Frank promises HR1207 will pass the House in Oct (but what about Senate?):

There's been a lot of talk lately about a recovery in the housing market – even reports of bubbles re-inflating in certain markets.

"We see things getting worse in the housing market," Warren says, citing the pernicious effects of foreclosures, which rose 5% in the third quarter to a total of 937,840, according to RealtyTrac.

"The long-term impact of high foreclosure rates on our housing market and overall economy would be disastrous," Warren warns, citing estimates that 10 to 12 million U.S. homes could ultimately go into foreclosure. "We have to get foreclosures under control."

Why the sense of urgency? A single foreclosure property brings prices down an average of $5000 for every house in a two-block radius and costs investors an average of $120,000, she says.

My brother-in-law wanted to buy some real estate in Florida last March and I told him to reconsider. So, he got on a plane and went to see if there were some good buys..lol He came back empty handed because the bank he deals with would not loan him the money even though he could have payed cash. Long story short... He is now buying silver:)

a must read article:
http://www.marketwatch.com/story/americas-soul-is-lost-and-collapse-is-inevitable-2009-10-20

Cost of strikes in Mexico

Happy Holidays to one and all. Visualizations of an extremely prosperous 2010 are in order. I'm giving thanks in advance.

King World News, in my opinion, is a good news source.

I thought all the interviews were worth listening to. I started with Sinclair, then Flekenstein and Faber. Monckton and Farage give good perspective on Europe where the middle class seems to be smothered by taxes and regulations.

what's up with eric king?

just one question ... who is he and where did he come from?

I used to listen to him when he was on financialsense, but I can't find out anything about him on google or anywhere else ...
he doesn't even have a brief "bio" on his website ... There aren't any ads on his website, how does he finance it? Is he a "do-gooder"
a la Jim Sinclair or what? Is he some closet billionaire or just another hack with an agenda? I am a little bit concerned by his tendency
to over-flatter his guests, perhaps he does that just to get the guests to come on, I don't know.
At least he seems to be much more intelligent and knowledgeable than a lot of the other interviewers on the net.

re: Courts rule Fed must be more open! BUT NOT YET!

Fed finally lost its court battle, and revealed that it broke the law!

Here is our prior discussion on that:

Similar topics
» What Is Money?
» Natural Health and Gods Healing
» Internet Socialism
» Is Capitalism or is Socialism increasing?
» Inflation or Deflation?