Nobody, nobody but you

Maybe you've heard the pop song, "Nobody, nobody but you":

Well the national govt (banksters) fielded a candidate in the Davao City mayoral election, Prospero Nograles (current speaker of the House of Representatives for entire country). He choose to the use that song in his motorcade megaphone advertising. He didn't have lyrics for the song, just the song, with a speaker yelling "vote for Nograles".

The filipinos crack me up, they changed the words to "Nograles, Nograles, bayut". Bayut means homosexual! Hahahaha.

They did a mock election here among students, the 22 year incumbant Duturte got like 95% of the votes. Nograles has a big billboard "We need change" and Duturte responded with a big billboard "Change for what?". Nograles and DeGuzman had 4 years control here in Davao and the drugs got so bad here in 2001 (I was personally affected by this, but I did not take drugs). The Davao are not stupid like Americans apparently.

Duturte chose "La Bamba" melody (not the lyrics) for his theme song.

USA is "stronger", because it is owned by China

read a news item a month or so ago about a guy got stopped at a mexican airport with about 100 ozs. it was confiscated and he was detained.

Put it in an unwrapped condom with some mayonnaise. No one will search further.

Back to simple life

I wanted to share a funny animation about the disadvantages of modern life (e.g. addiction and loss of real relationships) and then getting back to the fun of a simple life, hope you will laugh if you watch this and make sure you watch all the way to the end, something funny happens after the credits at the end: 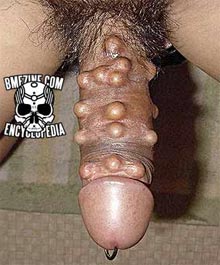 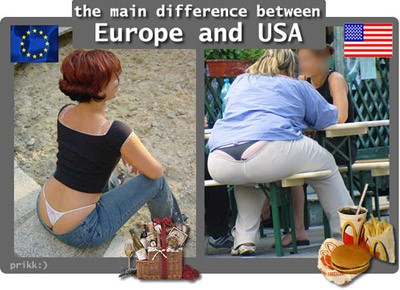 Not trying to be sexist, I didn't see a suitable male image to partner with this one.
No offense intended towards sexy or overweight body types, to each his/her own choice.

>If Steve Jobs were really skilled in ninjutsu, surely he would have been able to get those
>shuriken on his own private jet without a problem.

“I don’t have any throwing stars on me, I checked those in with my baggage.”
“But Sir, you very clearly have them, they were found on your body and are right here before me as we are talking.”
“Of course. I’ve appointed myself to the role of the check-in agent and baggage handler of my plane. I checked them in, handed them over to the baggage handler and just about to put them into the baggage compartment. Problem…? {trollface grin}”

Shelby aka Jocelyn wrote:@Winter
> I think we basically agree

Disagree entirely with your characterization.

Just don't hold it that way 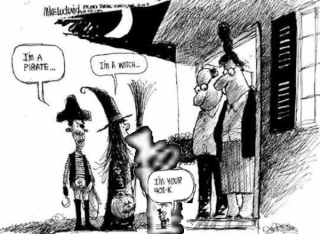 401k is dressed as a ghost much larger than what he is. 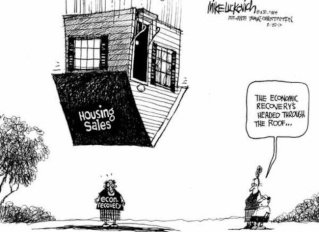 Whoops, I meant to post this in the "How I live without health insurance" or "Natural Health and God healing" thread.

Sheeple, "should I put my head back in ground?"

If you ate too much on Christmas and need to barf, this might do it

Watch the "guy" in the green pants up to about 1 minute point.

Much talk about IQ, so I figured I better give an example

Drill Sergeant: Gump! What's your sole purpose in this army?

Forrest Gump: To do whatever you tell me, drill sergeant!

Drill Sergeant: God damn it, Gump! You're a god damn genius! This is the most outstanding answer I have ever heard. You must have a goddamn I.Q. of 160.

> I must be galactically dense.

Since galaxies are mostly empty space, i.e. the complete opposite of dense: Don’t flatter yourself. No one is that much of a genius!

Benny and the Jets

better if you listen to song:
https://www.youtube.com/watch?v=QjUk3Bp16zs

We No Speak Americano

...but I found it hilariously ironic to see two feminists arguing over the definition of rape:

my sister's dog FOOL was an animal (I think?)

Shelby wrote:...*FOOL is a tribute to my sister and her favorite dog of that name, which looked like a cross between a hamster and an armadillo (who I unfortunately dumped on a farm miles away after he wouldn't stop barking by my bedroom window for 3 months straight)-- I mean the dog not the girl.

Has anybody seen him? Photos?

Firefox got jealous of Chrome

My Firefox browser was "hang" with a busy cursor for over a minute, so I opened my Google Chrome browser to post this message.

Then suddenly Firefox sprang back to life and popped up in front of my Chrome.

And you tell me we weren't descended from gorillas?

Watch to the end.